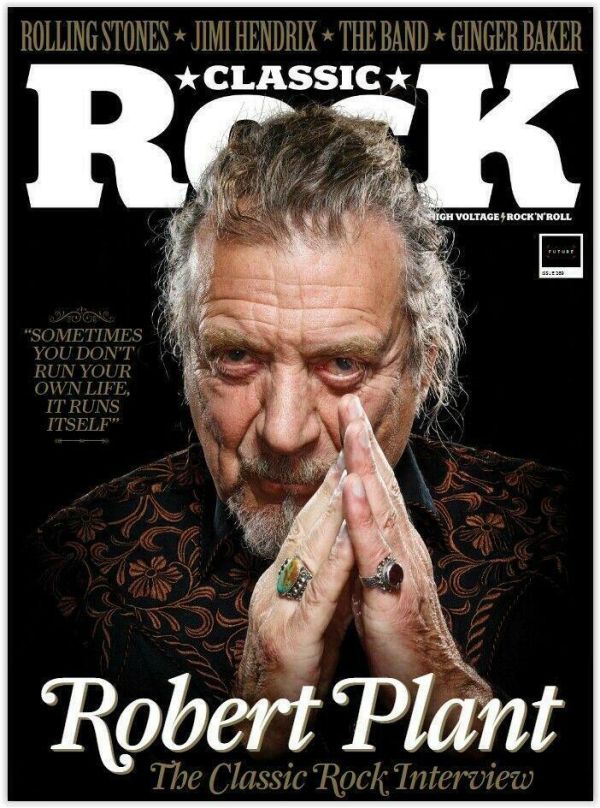 Issue 269’s cover star is the legendary Robert Plant. He started out singing with local groups, and before long he was fronting the biggest band in the world. Now he’s enjoying the fourth decade of a successful solo career.

We dig deep in The Classic Rock Interview. Other features include…
The Rolling Stones’ greatest songs, as chosen by the stars. Satisfaction guaranteed!
We join Aussies Airbourne, as they take the “universal language” of rock’n’roll to Russia.
Phil Campbell’s new solo album (with a little help from some big-name friends) shows that Old Lions Still Roar.
Robbie Robertson: The Band’s chief sonic architect looks back at their legacy and tells all about his new solo album.
We give Def Leppard and Down’N’Outz main man Joe Elliott fifty quid to spend on records. Guess what he bought?!
Jimi Hendrix: one minute he was unknown, the next was burning through the music world like a comet. In our exclusive extract from Mick Wall’s new book, it’s sex, drugs and rock’n’roll to the max.
Taylor Hawkins has expanded his horizons outside the Foo Fighters with a star-studded solo album. We visited him at home, living the dream.
Plus regular features focusing on… er, Focus, Starcrawler, Opeth, Rich Robinson, The Mission/Sisters Of Mercy man Wayne Hussey and much more, not forgetting the loudest rock reviews section on the planet.