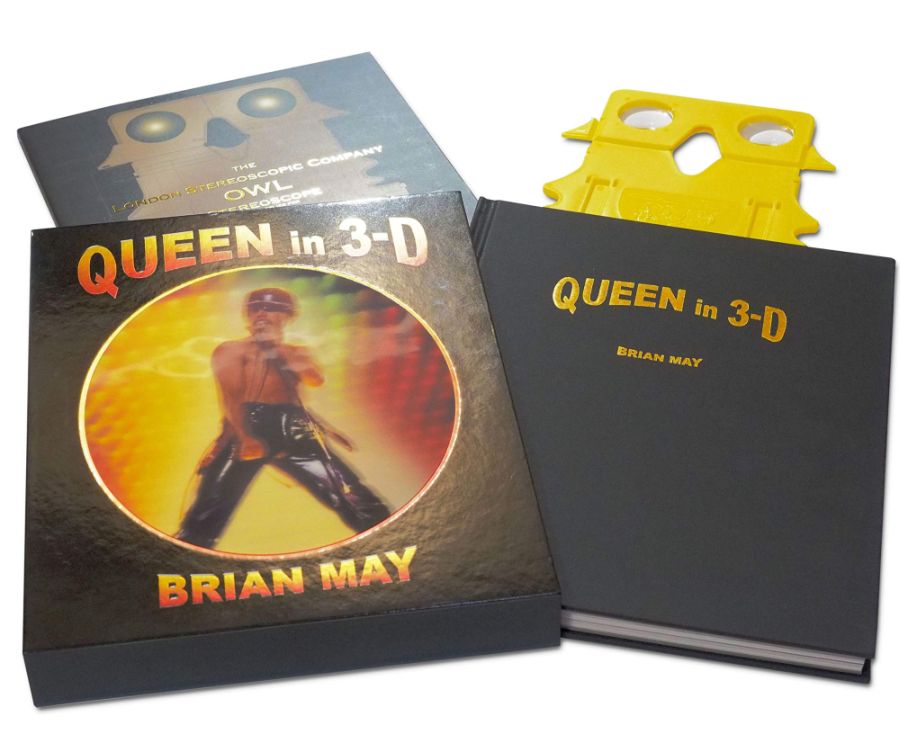 With these words, the author announces the first book ever to be published about the legendary rock band Queen by a member of the band. And certainly the first book of its kind in the world. Its a unique collection of original, highly personal snapshots of Queen in Three Dimensions, from the bands inception in the early '70s right up to the present day, accompanied by the exclusive recollections of founding member and lead guitarist, Brian May.

Brian's typically honest account of his experiences within and without the band, including many extreme highs and lows, bravely opens the door to his feelings, beliefs and motivations on this trip though an extraordinary life. This book will entrance millions of Queen fans; but it will also inspire anyone who wonders what they might learn from a man who used his intellect, musical talent, and ability to make the transition from college boy to rock star in just a few years, and then go on building creatively for the next forty!

The book is illustrated with over 300 photographs, the majority actually taken by Brian, and mostly in 3-D. These shots of Freddie Mercury, John Deacon, Roger Taylor, and Brian himself, on and off stage all round the world, spring into life when viewed with Brian's patent OWL viewer (supplied free with the book). Through the eyes of Brians camera you are transported back in time to experience Queen's miraculous 46-year journey as if you were actually there whether in a dressing room, in a car, on a plane, or on stage at Madison Square Garden. The three dimensional stereoscopic images (the precursor of Virtual Reality) immerse and engage you in the atmosphere of the moment as no flat 2-D picture ever could.