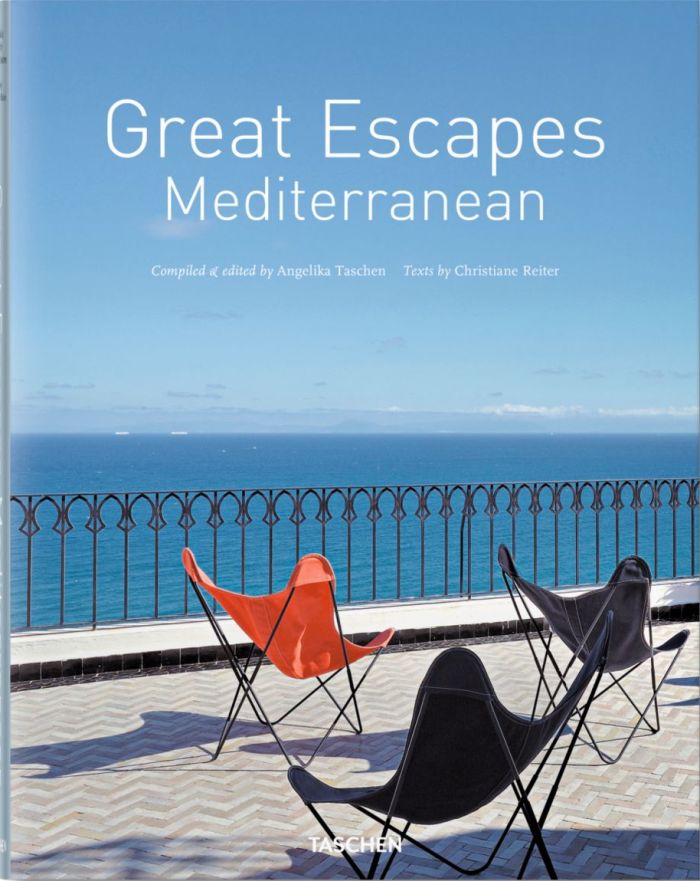 Taschen, 2009г., Тв.Пр., 300стр , Суперобложка, Мелованная бумага, ISBN: 978-3-8365-1239-8, Вес: 2176г, Размеры: 311x246x35 мм.
Описание
Написать отзыв
*** Новое, в наличии 1 экз. ***
Издание на английском, французском и немецком языках.
The Mediterranean is a mythical place, with three continents - Europe, Africa and Asia - and 21 countries sharing its coastline. These disparate cultures are all blessed with its fine climate, luxuriant fauna and flora, and the intense blues of its sea. Angelika Taschen has discovered the very best of this legendary region. Included here are the glamorous Eden-Roc on the Cote d'Azur, the stylish Monte Carlo Beach created by India Mahdavi, the hotel Stella Maris north of Portofino - accessible only by boat or trekking - and of course the famous Amalfi Coast with its numerous beautiful hotels. Add to these the tiny hotel on the small Croatian island of Lopud, the exclusive Perivolas in Santorini, and last but not least, the new branch of the Hotel Nord-Pinus in Tangier, looking out at the Straits of Gibraltar.
Highlights include the Hotel Le Corbusier in the "Cite Radieuse", a Le Corbusier building in the residential district of Marseille, built in 1952; Casadelmar on Corsica, set in beautiful gardens overlooking Porto Vecchio, where every room has a sea view; and the enchanting private rocky beach Cala Piccola of the remote hotel Torre di Cala Piccola on the little-known Tuscan island of Argentario, which takes you back to 1960s Italy. Other gems include the charming La Locanda del Barbablu (with only six rooms) on the mythical island of Stromboli, set in the shadow of its active volcano; the amazing hotels in the "masserie" of Apulia, such as the Borgo San Marco in Fasano; and the beautifully designed Orloff Resort near the Old Harbour of Spetses, a small Greek Island which relaxes the eyes and calms the mind.
About the editor:
Angelika Taschen studied art history and German literature in Heidelberg, gaining her doctorate in 1986. Working for TASCHEN since 1987, she has published numerous titles on art, architecture, photography, design, travel, and lifestyle.
Texts by:
Christiane Reiter is a freelance author based in Hamburg. She studied journalism at the University of Eichstatt and worked as a travel editor for Ringier Publishing in Munich and Zurich. She then established the travel section of the Frankfurter Allgemeine Sonntagszeitung. For TASCHEN she has also written the texts for Great Escapes Asia, Great Escapes South America, and Great Escapes Mediterranean.